Parikrama Weddings is a Vadodara based event planning company strewing its pinions from grand weddings to birthday parties as well as your weekend chill plans! We destine to convoy to you our best assistance in your glorious occasions with a blend of novelty and elegance.

Supplementing its borders, Parikrama Weddings has widened to international clients too and with experienced professionals has built up worldwide superior reputation. We link adept expertise with our love for planning and sight to offer you a one stop spot for all your events. We work closely with you- the couple as well as family in order to assure a planned event which reflects not only you but your tastes and perspectives rightly.

We utterly understand the significance of your relationships and family events and abide to your cultural values and execute our best possible upshots and treat every event as if it’s our own. Mark Parikrama Weddings for your auspicious occasions!

One Stop For Your Dream Wedding.

Because Your Guests are Our Guests and shall leave with broader smiles and Memories.

Adding the pinch of fun, Music and Happiness with a bang of Memories.

Cherish the new steps towards path of love and togetherness with us ! We will make it memorable!

A Love Story from London Bridge to Udaipur

This is a jet-set international love story never heard of before! In June 2017, Amrita, our Tanzanian bride born and brought up in Dar es Salaam, met our British hero Rohit at a wedding in London. It was Love at First Sight when Rohit saw Amrita working her moves on the dance floor and could not get his eyes off her as “she was the most attractive beautiful woman there”. He gathered the courage to ask for her number, and that’s when this beautiful fairytale began! 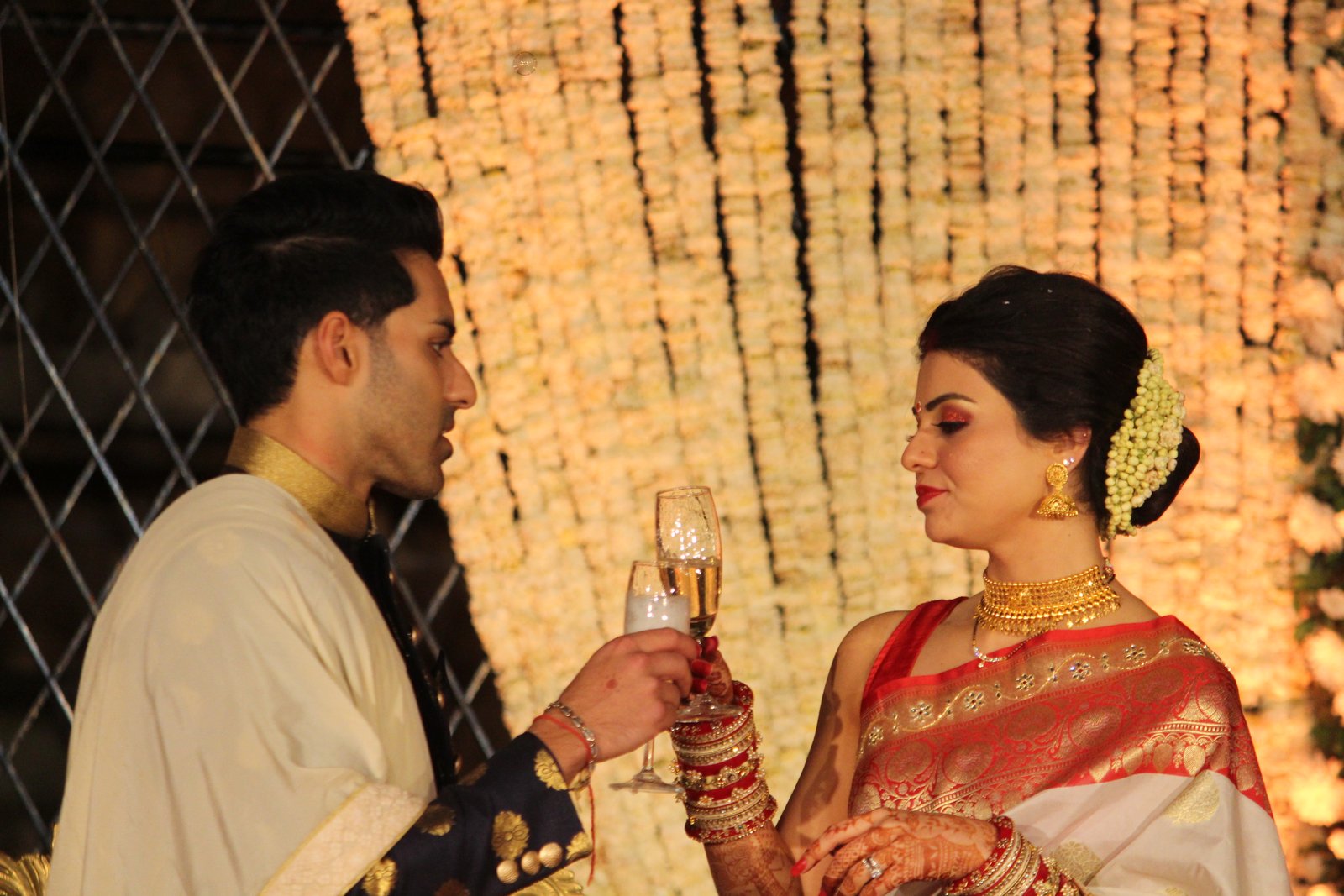 This is a jet-set international love story never heard of before! In June 2017, Amrita, our Tanzanian bride born and brought up in Dar es Salaam, met our British hero Rohit at a wedding in London. It was Love at First Sight when Rohit saw Amrita working her moves on the dance floor and could not get his eyes off her as “she was the most attractive beautiful woman there”. He gathered the courage to ask for her number, and that’s when this beautiful fairytale began!

However it was not that easy for Rohit, our sassy Amrita gave him the cold shoulder for a month before she finally agreed to meet with him. From that very first date, a spark had fired in both their hearts, and Rohit knew he had found the woman he wanted to spend the rest of his life with! The dating saga began and within 5 month, Rohit met Amrita’s parents in Dubai and asked for her hand in marriage.

On 4th December 2017 the Tower Bridge was lit red in their love, the glass walkway was fully closed off for her and covered with red rose petals. As Amrita walked in, their music played and Rohit got down on one knee! Champagne popped, pictures taken, and a big rock landed on her finger as she said YES to the man of her dreams!

After the magical proposal followed sunny days of extravagant Mehndi, Engagement and Chunri ceremonies in Tanzania where Amrita and Rohit were adorned with gifts, blessings and the beach. This was just the beginning as amidst the green grounds covered in a white blanket of snow, everyone then gathered at an elegant Manor House in London to witness Amrita and Rohit exchange vows in a quintessentially British english wedding. The couple truly were blessed with all!

The whole of City Palace was enchanted with Amrita and Rohit’s love, ready to celebrate their union in style. The guests were welcomed with garlands and tikkas, while the sounds of flutes and tablas surrounded the mesmerising palaces. The destination was so royal that even the best weddings of the country were over-shadowed.

Non-stop events started with Ganesh Pooja and Grah Shanti followed by, Mehndi, Grand Sangeet, Mandap Ropan, Haldi, and a Royal Wedding with Reception witnessed by His Majesty, King of Udaipur Himself, Shreeji Arvind Singh Mewar. Every event had its own unique splendour which was further enhanced by the beauty of the couple, a match LITERALLY made in Heaven!

The most awaited day arrived when one of the best destination weddings of Udaipur was exhibited. Surrounded by the calm and breath-taking Pichola Lake, stood a giant commanding Palace “Jag Mandir”. The long decorated pathway welcomed the stunning bride in her exquisite carriage, whilst the grandly ornamented mandap gave abode to the restless handsome groom, waiting to see his bride!

From reflection of the glowing lanterns alongside the Lake, to hanging chandeliers that overpowered the dark night, the wedding was decorated as if the God and Goddess themselves had arrived to bless the couple. No stone was left unturned to make this big fat regal indian wedding, a Royal Success Story!

Within 9 months of setting eyes on each other, Amrita and Rohit celebrated their love in 5 different countries, going from single to happily married “Roita”! Truly, an international fairytale union like no other!

From The Tower Bridge to The Royal Mahal of Jag Mandir 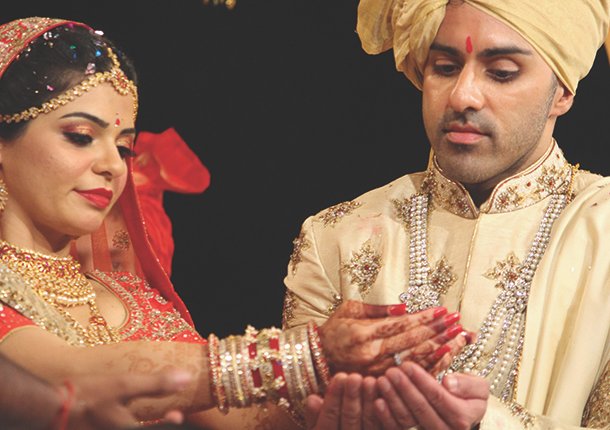 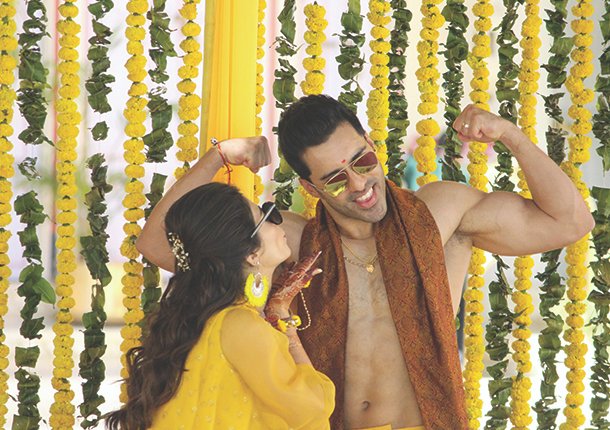 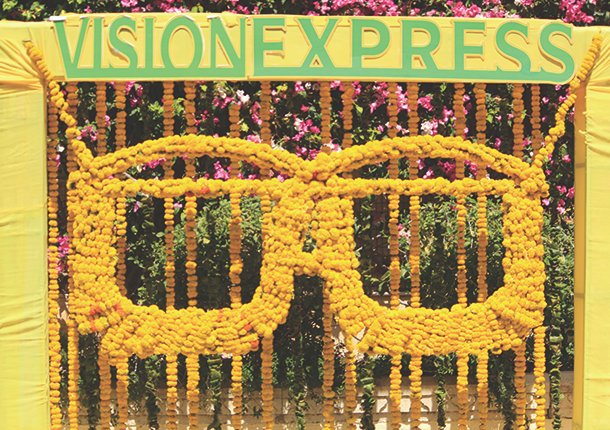 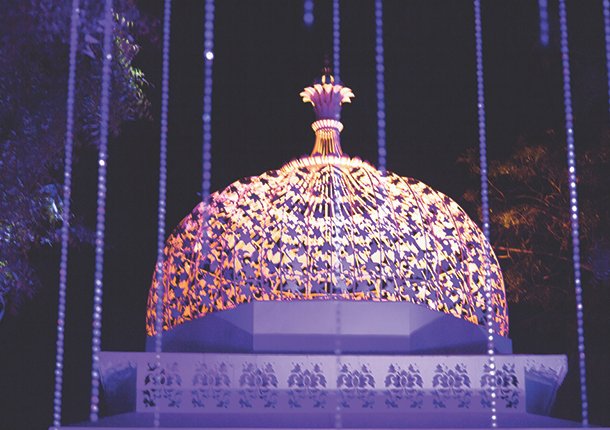 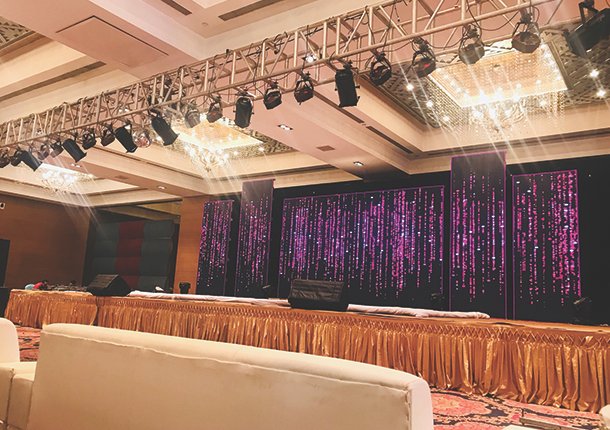 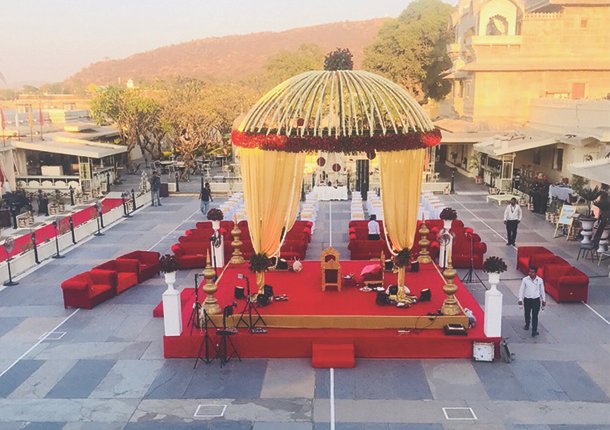 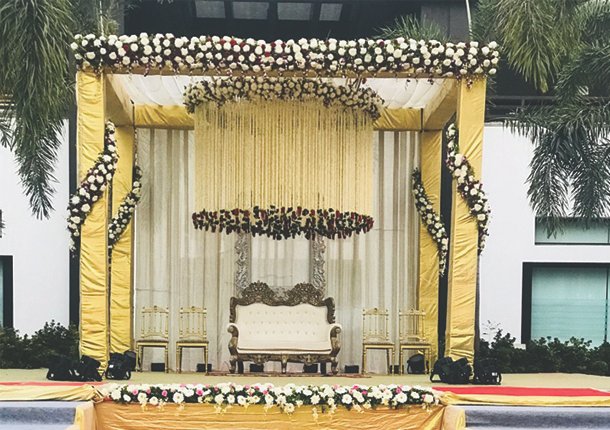 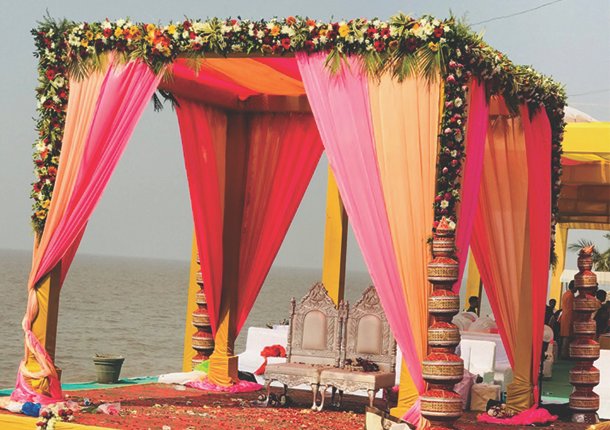